When starting to record in a home studio or prepping for a gig, and you need to start getting your equipment, microphones are crucial to research. They are the one piece of equipment that you will first early on.

When it comes to microphones, it’s the first question on any beginner’s mind:

Which is the best mic for recording?

Just remember, there are many great microphones at the cheaper end of the price range.

Our guides thus far have mentioned a variety of different kinds of microphones, we have seen how many sizes, sounds, shapes, and personalities are out there on the mic market today. For this guide, in general, we wanted to make sure we have a specified price-point as our support for our decision, considering that value is typically the priority in selecting a microphone to buy.

These are the list of best microphones that range from about $100 to about $700. That range is going to give us the right balance of affordability and excellent mic qualities. Most mics will not cost $700, however. Many of these choices are in the lower end of the range and still perform very well. For example, let’s look at our first featured microphone.

The legendary Shure SM58S is designed for professional vocal use in live performance, sound reinforcement, and also studio vocal recording sessions. Its tailored vocal quality for sound is a worldwide standard for speech or singing. For decades now, the Shure SM58 has now been crowned the “Most Popular Vocal Mic in the World “.

Check out photos of your favorite singers on-stage, and 90% of the time, they’re holding an SM58. Just look at all the great reviews on Amazon.

That because of it is resistant to feedback, and its rugged casing and ergonomic capsule makes it perfect for live performances. You wouldn’t think that pro studios with unlimited budgets would ever use a $100 mic to record vocals.  But it happens all the time.

That is why this Shure mic is the obvious choice for ANY new studio.

The Rode NT1A is well-known for its low self-noise. You will have a recording with more of what you wish to capture with absolutely less hiss. The company says it’s the quietest mic out there. When it comes to best-priced vocal microphones, Rode Microphones are one of the best. This one comes in just over $200. It also has good reviews online, although not quite as many as the Shure SM58.

And that is the reason Rode NT1A is only the first of two condenser mics on this list.

In the variety of “Best Cheap Vocal Mics “, it’s a hands-down favorite.

The combination of price, sound quality, and overall reputation make this mic an obvious choice for your first vocal mic.

For in-home studios throughout the World, there is probably none more popular.

In the World of dynamic microphones, the Shure SM7B is one of those few options tailored for vocals. The microphone is undoubtedly going to give you a natural reproduction of sound in the studio or live settings.

Its two most common jobs are:

For recording rock vocals correctly, it is the industry standard.

In fact, the first version of this microphone, the SM7, was likely used at some point by virtually every rock star since its release back in 1976.

This mic is getting more pricy, though. It’s typically sold for around $400. Online reviews are very favorable for this one, too, of course.

Here is another dynamic mic that’s perhaps even more famous.

Was first released in 1960 and it has become one of the well-known professional-level microphones all-round the world. You’ve probably heard of Sennheiser headphones. Well, they also make pretty good microphones. The Sennheiser MD421 mostly regarded as the “Best All-Around Dynamic Mic” on earth.

Though this microphone is marketed as a studio mic, it is seen on many professional stages.

It’s great on vocals, but it also does much more. It works on drums, electric guitar, percussion, bass, and almost anything you can think.

So if versatility is what you want, we highly recommend this mic. This is another one that retails for around $400. It’s not as popular as the previous mics, but it’s a good quality performer.

Now to Some Condensers:

The Rode NTK is designed and produced in Australia, covered by the Rode Microphone industry. Most experts agree on vocals; nothing beats the warm vintage sound of a tube mic.

The Rode NTK will give you equal footing, or better, with many new and vintage microphones that cost several times as much. The mics are smooth and brilliant.

Rode NTK has proven to be a great tube mic within the price range. Most tube mics cost $3000 or more, but there are a few exceptions.  And in the “under $700”, there’s none better than the Rode NTK. This one sells for around $500, which makes them less common than it’s cheaper cousins. However, the reviews are typically really good.

If that vintage “tube sound” is what you’re after, then I highly recommend this mic.

Now let’s move on to another condenser mic known more for its versatility.

For a very long time, the sE2200a ll has been an award-winning microphone. The mark II has a choice of pickup patterns (Cardioid and Omni). That means if you can just afford one mic and have a whole lot of recording situations, you should be able to get the right setting from this one.

Out of all the mics on the list, the sE Electronics sE2200a II is one that is likely to get some question marks. After all, it’s not known either as a classic or as a vocal mic. Perhaps that’s why it’s not the most popular mic around. Nevertheless, if there is a type of mic, every recording studio should have, it’s a double-pattern large diaphragm condenser.

The reason is that they are so damn versatile.  In addition to working good on vocals, they’re also a must-have for stereo recording.

Now, most mics in this category are insanely expensive.  But one notable exception is that the SE Electronics sE220a II.

If you need a mic that sounds great on more than just vocals, I highly recommend it.

For the last mic on the list, we saved an exceptional one…

It is a large-diaphragm, transform-less capacitor microphone that has a fixed-cardioid polar pattern. Based on newly developed diaphragm capable of tolerating SPLs up to 144dB, this mic is suitable for use with a powerful instrument such as drum, guitar, or brass instrument, but it was used primarily as a microphone.

In home studio circles, some do call it the “Holy Grail of Vocal Mics”

Now if you’ve heard of the Neumann Company before, then you will also know they have long held their reputation as creators of the World’s Greatest Microphones, mostly when it comes to vocal microphones.

The problem is their cost.  Many of the flagship models cost not less than of $3000.

But with their latest line of TLM mics, Neumann made their “classic sound” more affordable to the average guy or gal.

Among the TLM mics, none is more popular than the Neumann TLM102. The similar, but about $300 pricier version of this mic that you should also check out is the Neumann TLM103. If you read a lot of the reviews online, they will tell you that these mics sound different. Many people actually prefer TLM102.

Honestly, you can’t go wrong with these microphones. They are high quality, high performance mics that you can use in many situations. Think about how you will be using the mic and take your pic. You’ll be happy you did! 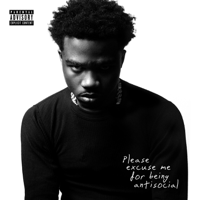 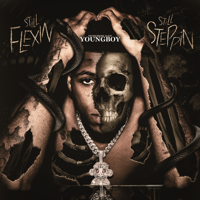 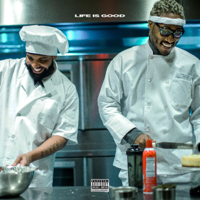 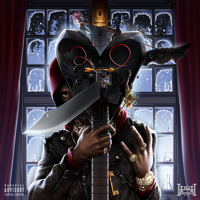 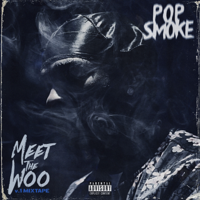